Until modern times Eris was not really worshipped. Today, however, she has a role to play has the Goddess of adversity and of dark times that help you see the good in your life.

In ancient times, it is unlikely Eris was seen as giving blessings of any kind. She was seen as a goddess of strife, war, discord, and rivalry. In more modern times, she has been co-opted as the goddess who provides us with the flip-side to the good in life, the dark which highlights our light moments. It is said she engenders a sense of humor in her followers. She is also the one who brings the madness of war and discord, which can sometimes lead to positive things, such as the ending of racial discrimination, etc.

Recognize the positivity of dark times and things regarded as negative (such as war). Participate in movements that fight against things you disagree with – social protest is a form of discord. 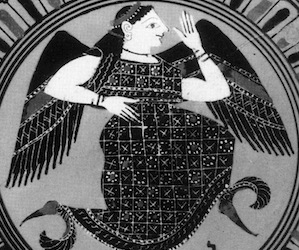